The main causes of the decline of Great Bustard populations are:

Hunting has caused extinction of many populations during the last century. Today its effect is limited to a small, but undetermined number of kills through poaching. There is also a risk of re-classification of the Great Bustard among hunting species in some Spanish regions. 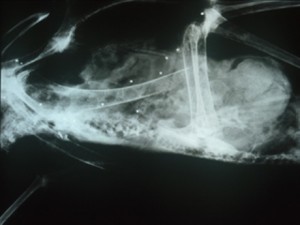 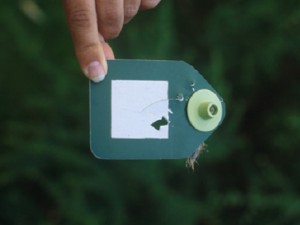 The pictures show a radiography of a Great Bustard illegally shot in Spain, and a wingtag of a bird shot by poachers. 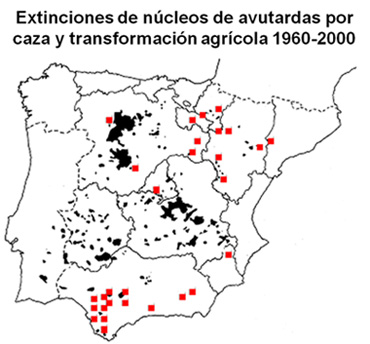 Agricultural intensification and the change of the traditional dry cereal farming system into irrigation farming are nowadays the main threat to Great Bustard populations in several areas of Spain.
Together with hunting, the process of agricultural transformation has caused the extinction of numerous breeding groups in Spain between 1960 and 2000 (red squares in the map). Other farming practices like crop-spraying, ploughing of fields in spring, or burning of stubbles in summer destroy nests or exhaust the invertebrates which form an essential part of the diet for growing chicks.
Today most regional governments in Spain offer compensation to farmers who follow farming methods that are compatible with nature conservation. 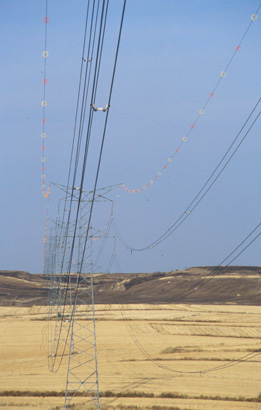 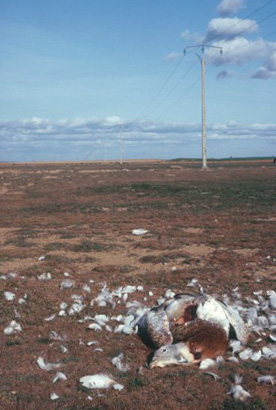 This is the most important cause of non-natural mortality of Great Bustards. Due to their large size they have limited manoeuvrability during flight and collide frequently with the cables of power lines, especially when visibility is reduced by fog or during twilight.