One of the main methods we use in our project is marking birds with unique wingtags and radiotransmitters. This permits identification of individual birds in the field with telescopes and the tracking their movements with telemetry receivers. Each summer we capture and tag 2-3 months old young birds, when they are still flightless and dependent on their mothers. Wingtags are covered with paper to minimize their visibility during the first weeks after marking. This eventually falls off to reveal the wingtag. 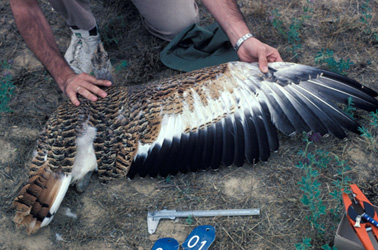 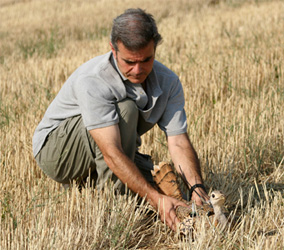 These two pictures represent than first 20 years of research. Left, the first young bustard we marked at Villafáfila Reserve on 16th July 1987. On the right, young marked in Madrid province in July 2011. At present we continue marking every summer. The number of bustards marked and  tracked up to now exceeds 800 birds.

The radiotransmitter enables tracking the marked bird over a period of 4-5 years. The male “White Star on Red”, marked at an age of two months in Villafáfila in July 1991 (left picture), established as a breeding adult in the Reserve three years later (central picture). The female chick “White Band on Red”, marked in the same year was photographed twelve years later in the same area (right picture). 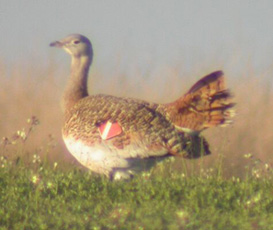 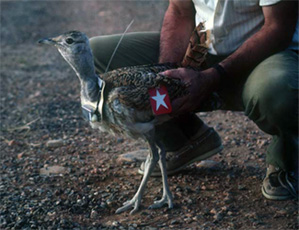 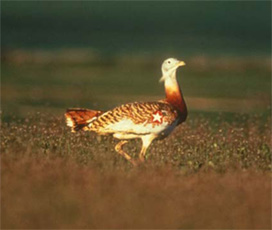 Birds with wingtags can be identified using telescopes once the batteries of the radiotransmitter are exhausted, or, as in the birds of the pictures above, the transmitter is lost as the harness material is worn. 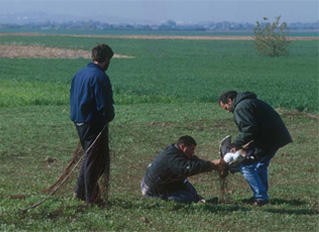 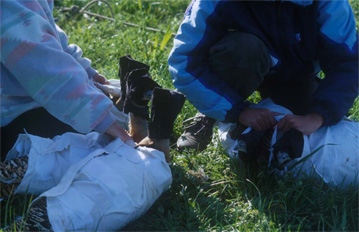 Besides juveniles, we also capture adults using rocket-nets. The birds are quickly removed from the net and immobilized with special jackets. Their heads are covered with hoods to ensure they remain calm. 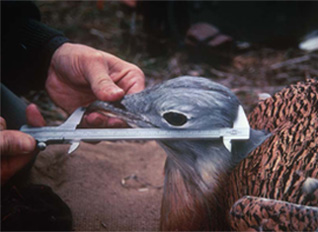 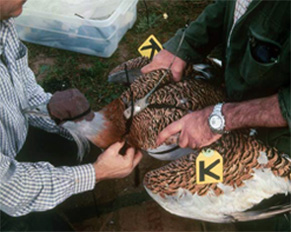 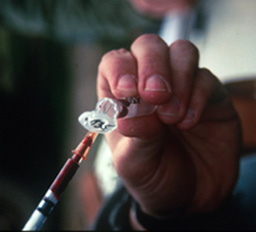 After wing- and radiotagging we take measurements and blood samples for physiologic and genetic analyses.

We will let you know where the bird was captured and marked.