Each transmitter sends a signal on a different frequency, which makes identification possible just by hearing the signal with the receiver. The signal can be received at ground level at distances of just a few kilometres. When birds disperse further, the use of aircraft is necessary to locate the birds. The pilots of the Getafe Air Base of the Spanish Air Forces (Base Aérea de Getafe; Base Aérea de Villanubla, Valladolid, since 2007) collaborate with us in the project. The E-24 Bonanza aircraft have proved effective for these aerial searches. 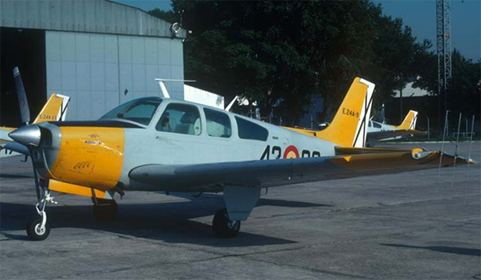 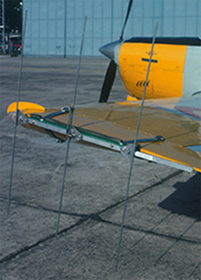 Using a GPS and a directional yagi antenna mounted at the wing end we can locate each signal with high precision. This method has enabled tracking long-distance dispersal and migratory movements of many bustards, and thus facilitated the study of their ecology, behaviour and life histories.

The collaboration of the Spanish Air Forces has been fundamental to obtain excellent results on dispersal and migration of the Great Bustards in Spain. Since 1992 we have collected several thousands of aerial locations of dispersing birds that were lost during ground tracking. 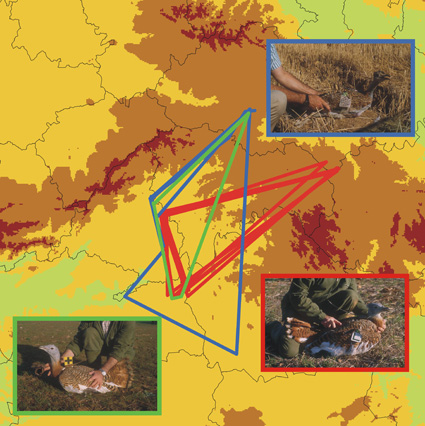 Adult Great Bustards may perform seasonal movements of up to 250 km between their breeding areas and the sites they use in summer or winter. They follow the same flight routes year after year. Juvenile birds also carry out dispersal movements of several hundred kilometres before establishing as breeding adults at an age of 3-4 years.